最新消息，《刀剑神域 Alicization War of Underworld》下半1季度將於2019年10月12日首播，並將於每週六的日本標準時間24:00（UTC+8 23:00）更新。The Blu-Ray/DVD list on the official site have revealed that War of Underworld will be split into two cours with a one cour break; the Autumn cour will consist of 12 episodes, while the final cour will be aired in spring and consist of 11 episodes, for a total of 23 episodes for the second half of Alicization and 47 episodes for the entire season. The first two episodes were aired early at a pre-screening event in Japan on October 6, 2019, followed by pre-screening events in Australia, Germany, France, and the United States of America that same day. The anime is directed by Ono Manabu.

Additionally, the Dengeki Autumn Livestream Festival held on October 6, 2019 unveiled that the second volume of Unital Ring is slated for a December 10 release. The livestream also unveiled a demo for Alicization Lycoris featuring Asuna as a playable character, as well as another demo for Alicization Blading (Rising Steel) and another original animated scene for the game, featuring Sortiliena's past and part of her battle with Eldrie. The game stage also announced the winners of the Alicization Lycoris outfit design contest. Finally, the stream revealed that Ronye and Tiese customisation options for the player's avatar will be included in the Winter Update for Fatal Bullet.

In other news, a manga adaptation of Sword Art Online's short story collection stories has been announced to be serialised on the Sword Art Online magazine, starting with volume 9. Volume 9 was released on September 27, 2019 and featured a complete adaptation of The Day Before side story. Other side stories that will most likely be adapted include The Day After, Sisters' Prayer, and Rainbow Bridge.

Meanwhile, the Tokyo Game Show was held on September 14-15, 2019. An SAO stage was held on the first day of the event, during which a new opening theme, "Selfrontier" by ASCA, was unveiled for Alicization Blading (known as Rising Steel globally), while the game's original character was revealed to be named Edith Synthesis Ten. The opening theme will be included in ASCA's 1st album, to be released in November. Additionally, Alicization Lycoris also received a teaser for a new trailer and the finalists for the Lycoris outfit design contest have been announced. 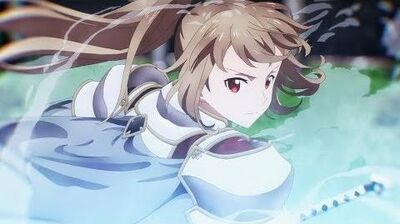 In older news, a what-if Alicization story titled "If You Were Here" was released with the eighth Alicization BD/DVD on August 28, 2019. The story tells the tale of what would have happened if Eugeo and Kirito had not broken the Taboo Index at the academy. Half of the story was released beforehand in the form of the author's Material Editions.

} The «Ocean Turtle» (オーシャン・タートル, Ōshan Tātoru?) is a mega-float located in the Pacific Ocean, at a place near Izu Islands about 250 kilometres away from Tokyo, that is run by Rath and acts as a government research facility for «Project Alicization», an effort to create a highly adaptive Artificial Intelligence.

Feel free to contribute to the wiki, just remember the following: 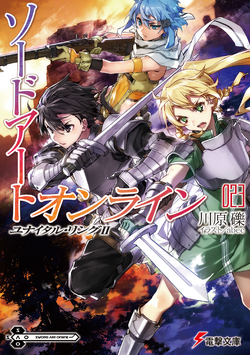 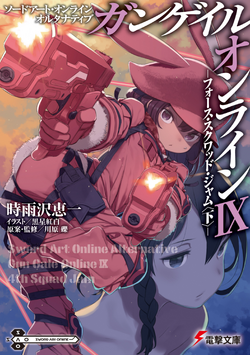 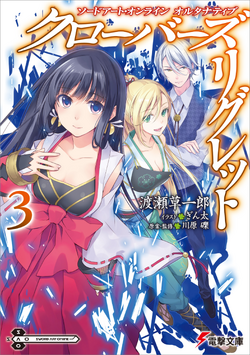